Living with a heat pump

A customer explains how she experiences getting a heat pump and a DHW pump in the house.

“We live in an older house, from 1921 and it’s not a low-energy house. In fact, we had learned to live with the high heat bill because it was just part of the “charm” of living in an old wallet villa.

But my husband came home one day and told you that you could save a lot with an air / air heat pump. We looked a bit on different models, but thought they were both expensive and ugly. So we hit it a little. When we saw in spring 2015, our gas bill, which again was almost 25,000, and we had started talking about a family trip to Thailand at the same time, it became clear to us that we had to do something.
energy Country

We found ww.energiland.dk online and ordered a Gorenje Blue Comfort II 3.5 kW that we got fitted in our living room. The whole story cost less than DKK 10,000 and we also got 3,600 in energy grants. It went quickly and easily, and we found, in collaboration with the installer, a discreet place to mount the interior. After a very short time, I forgot that it was on the wall. Once the heat pump has been set, it actually manages itself. In addition to having a nice warmth in the house, I can also feel that it helps to improve the indoor climate. It circulates the air in most of the house.
Now we have got the gas bill for 2016/17 and it’s down to $ 14,000. We only saved 11,000 kr. On the gas for the first time by installing heat pump. However, it should be noted that our electricity bill has increased by approx. 3000 kr. So that means that the real savings have been at a total of 8,000 kr.
It’s a good contribution to the flights to Thailand, so now we have to go on a family vacation. ”

Ulla Grundtvig lives in Sorø, and besides the heat pump, he has also installed a DHW pump, solar cells and a brand new condensing gas stove. This means that the old wallet villa has gone from being energy labeled as a F house, to now B. It is not only good for the operating economy, it is according to the local real estate agent, both raising the price and making it faster to sell if Ulla and her husband wish to move.
Previously, the total energy cost in the area was 37,000. Today, they can reach just under 20,000 for gas, firewood and electricity in the 150m2 large mester villa from 1921. 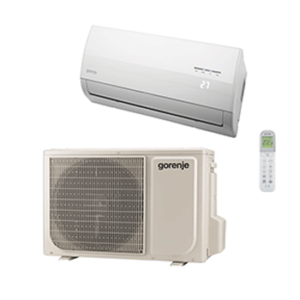 About the Author: Stig